On the first weekend of February 2017, Moscow hosted the MOTORSPORT EXPO, a forum, where key representatives of the Russian motorsport industry were brought together. The guests of the forum’s exhibition had an opportunity to take a look at the latest examples of auto, moto and power boating equipment of various classifications, manufactured by leading domestic and foreign brands. Forum participants included organizers of motorsport competitions, representatives of large manufacturers, leading racing teams, administrators of race tracks, suppliers of goods and services for motorsport industry.

On its exhibition stand, the Silk Way Rally presented a KAMAZ racing truck of the Sino-Russian racing crew and a Toyota Hilux car, engaged in rally reconnaissance.

To increase the awareness of the Silk Way Rally brand, the following activities were developed:

All visitors of the promo stand received invitations to the Start Ceremony of Silk Way Rally 2017 on July 7th, 2017 in Moscow, as well as gift sets for true rally fans

Preparation of layouts, maps and 3D visualization of dedicated construction and decoration

Approval and delivery of exhibit items

Preparation of accreditation documents for forum guests and promotional staff

Design and printing of POS materials 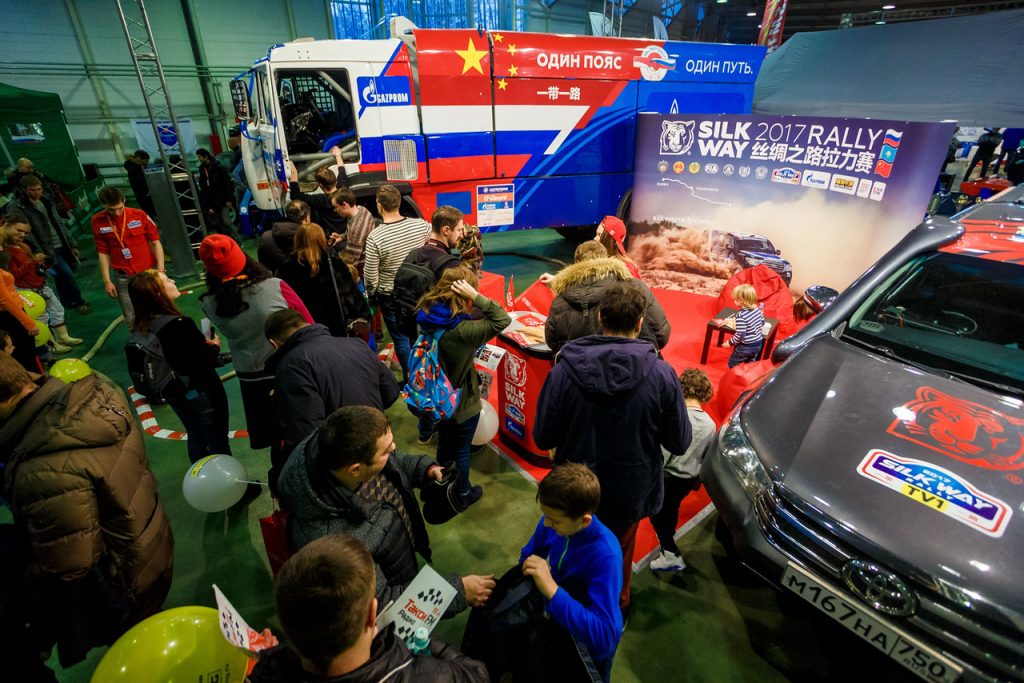 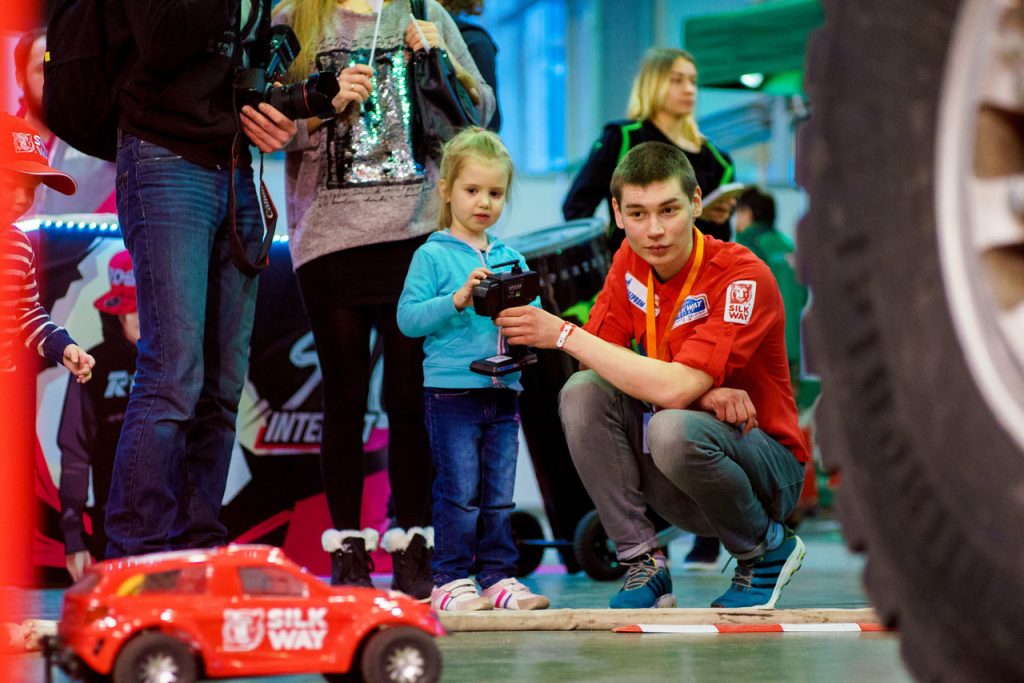 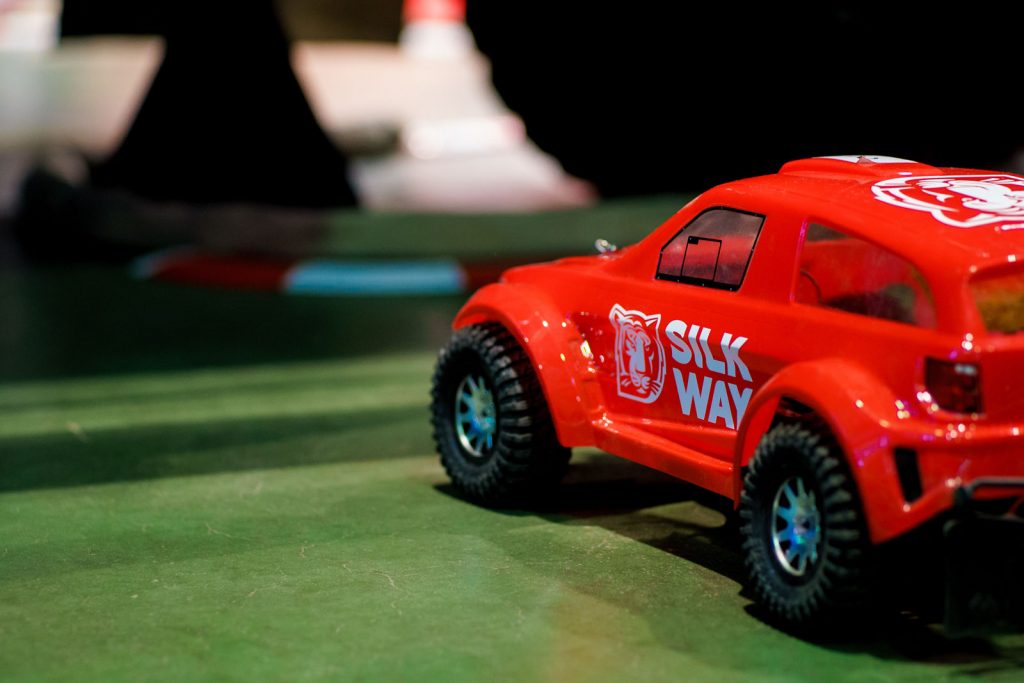 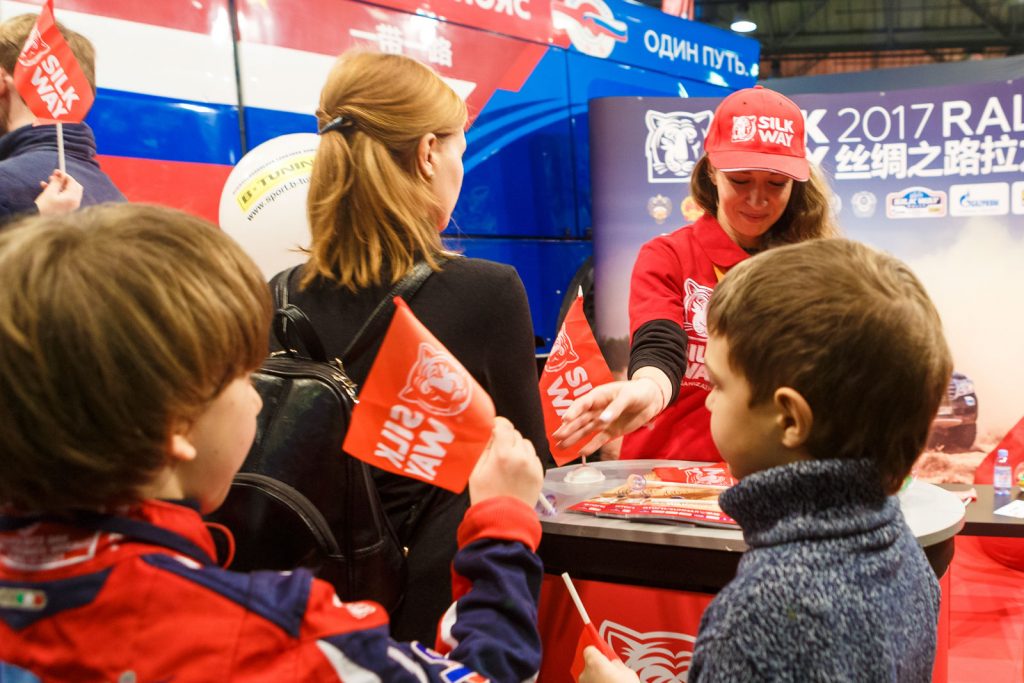 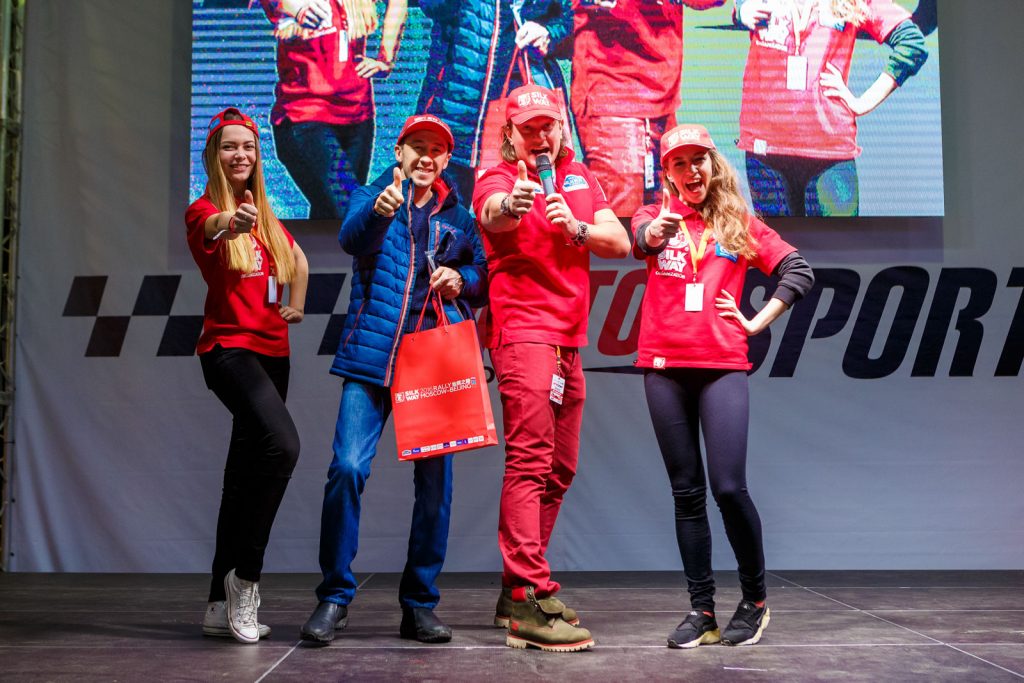